A Bay Area local from birth, Jack London was a 19th century American author and journalist, best known for the adventure novels White Fang and The Call of the Wild. A prolific writer, he published more than 50 books over the last 16 years of his life while also working as a journalist, covering topics from the Russo-Japanese War in 1904, to Hawaii and the sport of surfing. London’s life and writings remain a primary case through which to examine the contradictions in the American character, along with key movements and ideas prominenat during the Progressive era. 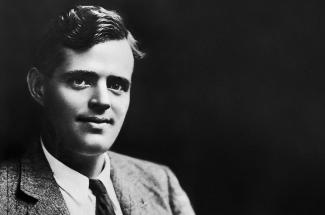