Founders of the fashion label Rodarte (est. 2005), Kate and Laura Mulleavy quickly become two of the hottest names in popular culture after attracting the attention of Vogueeditor Anna Wintour who featured their work in countless issues of the magazine. The Mulleavy sisters produced lines for Gap (2007) and Target (2009); and in 2010 made the foray into Hollywood, co-designing the costumes for Darren Aronofsky’s award-winningBlack Swan. In 2017 the sisters’ first film,Woodshock, premiered to critical acclaim. 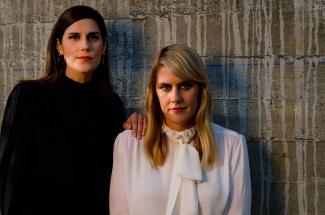