Marco Polo "Mark" di Suvero is an abstract expressionist sculptor whose work has have been exhibited in the United States, France, the Netherlands, Italy, Spain, Germany, Australia, Japan and the United Kingdom. Di Suvero is the first living artist to exhibit in Le Jardin de Tuileries and Les Esplanades des Invalides in Paris and at Millennium Park-Chicago. His work is in over 100 museums and public collections, and in 2010 di Suvero was a recipeient of the 2010 National Medal of Arts. His long career began after studying sculpture and philosophy at Cal. 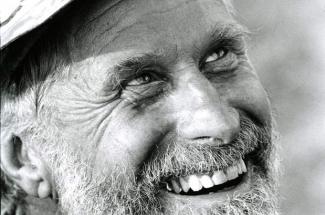