Born in Berkeley in 1940, Philip Lesh is a musician and was a founding member of the iconic rock band the Grateful Dead, with whom he played bass guitar. During his brief time at Cal in 1961 Lesh met Grateful Dead keyboardist Tom Constanten, and the rest is history. Lesh was an innovator in the new role that the electric bass developed during the mid-1960s San Francisco Sound in new rock music and is known for the “improvised excursions” he would take during songs— Lesh's bass became as much a lead instrument as Garcia's guitar. 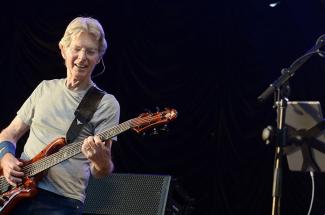