Internationally acclaimed artist and filmmaker Shirin Neshat is known for her powerful photographs and video installations, which bring visibility to the the gender and cultural conflicts of her native Iran. Neshat’s work has found acclaim since her first photographic series, Woman of Allah(1993–97), which combined images of women with written words taken from religious texts. In 1997, she won the 48th Venice Biennial prize for her film Turbulent, and has been awarded two Rockefeller Fellowships in recent years. Her work has been shown throughout Europe and the United States, as well as at art festivals around the world. 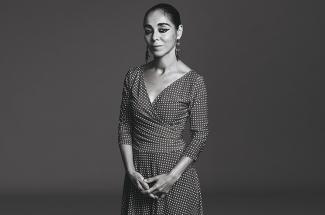